The aroma begins with a general acetic profile in which smells of wood and malts move. In a second layer, slightly caramelized notes can be noticed that are combined with touches of fresh grass, apple and, above all, pear. In the nose, we finish the exploration with coffee and something even more roasted.

Hops are mostly expressed in a balsamic manner, a characteristic that is noticeable especially after swallowing. The acidity, mainly acetic, quite intense, works in the same direction to remove weight from the general construction and being refreshing.

In the mouth, the texture appears as very silky or velvety which is a good and effective counterweight to acidity.

A specimen that is well quenching, clearly oriented to the acid profile and that earns a lot to be taken quite cool. The general game lies in the shock between acidity confronted with texture, wood, balsamic notes and a very attractive aromatic general profile.

There are no reviews yet.

Be the first to review “Sour Skull Ale” Cancel reply 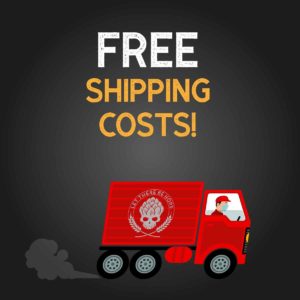